At Inside SEL, our mission is to act megaphone, amplifying the great work being done by leaders in education and social-emotional learning across the country. On a regular basis, our team speaks with administrators, educators, entrepreneurs, researchers, and policymakers who are innovating within the field of SEL and works to help share their stories.

Earlier this month, we connected with Scotty Iseri, a senior product manager at Committee for Children. Scotty and his team at CFC recently launched a new podcast designed to help children and their caregivers develop their social-emotional skills. Continue reading to learn more about Scotty’s background and career path, the origin story of The Imagine Neighborhood!

Nick Woolf: Tell us a little bit about your background — what spurred you to first pursue a career in media production, then pivot into game-based learning, and (finally) land at Committee for Children?

Scotty Iseri: I started my career in Chicago, working for WBEZ and doing a lot of theater (including some children’s theater). I was always really interested in the way people interacted with stories, whether it was offering feedback on a radio piece they had heard or booing the bad guy in a play.

I think we live in a really interesting time when audiences expect to have some kind of interaction with the stories that they tell.  Whether it’s “@ replying” to an actor on social media after watching a show they love, writing their own fan-fiction, or something even more in-depth — like what Netflix has done with the Bandersnatch interactive series — I find it fascinating the ways that audiences are playing around in the storytelling worlds they consume.

Of course, there’s a great connection between stories and learning. From parables to jokes, stories are a way humans have learned since the caveman days, so I found myself moving more and more towards educational media. And I feel really lucky to have landed at Committee for Children, which has such an amazing mission, and willingness to try out some new ideas in order to help children grow kinder.

Nick Woolf: What is the origin story behind The Imagine Neighborhood podcast? Were there any other podcasts, television programs, or children’s media that your team drew inspiration from?

Scotty Iseri: It was an idea that I had been bouncing around for a while. It started from this notion of using music to talk about feelings; how the language of music might be helpful for describing how you feel if you might not have the vocabulary to describe your feelings.

Later, we were working on this app called “Parent Parachute.” The app had some simple strategies for parents to help them build their children’s social-emotional learning skills at home.  We were thinking about other kinds of potential content, and I had a prototype of the podcast. After listening, the team decided it might be something that could stand on its own.

As far as influences — well, they are kind of from all over. I think the notion of a neighborhood is a concept that any child can understand no matter if they live in a big city, or a small town, or a suburb…, so the idea of creating a neighborhood with these kinds of wacky characters was a lot of fun. But I was mainly inspired by the work of Iona Opie and her studies on Childlore. I love the types of games and narratives that kids invent. Everything from The Floor is Lava, to that thing where you make a pacman out of your hand when you’re in the car and gobble the trees — kids have this wonderful way of taking a world that was not built for them and making it into something so fantastic.

I cannot give enough credit to our team, Mia Doces, Sherri Widen, and Michal Richardson, who work on every script and helped us evolve the show, test it with parents, and really refine the formula. 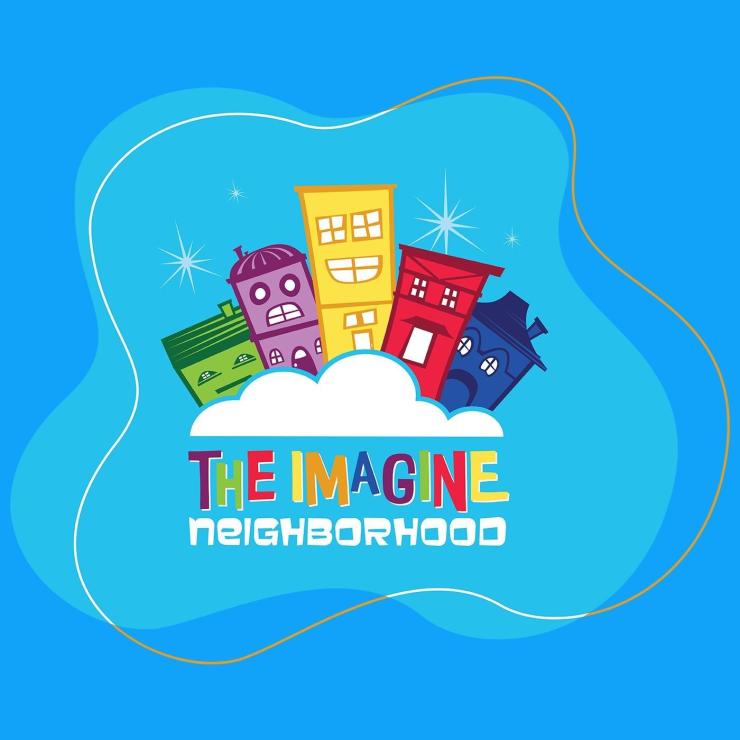 Nick Woolf:What is the show’s format and intended audience? Can children listen by themselves, or do you recommend that parents co-listen?

Scotty Iseri: We start every episode of The Imagine Neighborhood with a story. It’s a way of building a metaphor for the SEL topics that we want to cover. For example: we just released an episode about dealing with frustration or disappointment if something you wanted to do gets cancelled, which is something I assume a lot of parents are dealing with at the moment. In The Imagine Neighborhood, though, it’s not Coronavirus; it’s a pandemic of pixies that sneak into your pockets and cause havoc.

We initially designed the show for younger kids, pre-k through first grade, and aligned the curriculum to Committee for Children’s Second Step program for those ages. But we found out through some field testing that it was having a much broader appeal. Older children were responding to it as well.

As for co-listening, that is ideal. On the one hand, I’m a single dad, so I understand that sometimes there’s a need to put something for the kids so that adults can have time for themselves. A lot of people listen to podcasts in the car, though, so the thought was that this could be something that kids and grown-ups could listen to together.

Nick Woolf: On a similar note, did your team consider any child development research principles (such as joint media engagement) when thinking about a format for the podcast?

Scotty Iseri: Definitely. Committee for Children has such a strong foundation of evidence-based programs that we really wanted to make sure that we were using best practices.  Our director of research, Sherri Widen (who has an awesome theme song), works with us on every script to make sure it conforms to the latest research.

There is some interesting research out there on how podcasts are being used in educational contexts, but a lot of it seems to be focused on college students. We are thinking about some studies we can conduct to confirm the efficacy. What we are seeing now from a lot of parents is that it’s really useful to have the prompts in the podcast to be reminded to have these types of conversations with their kids.

Nick Woolf: Given the unique situation that the world is currently in, with the majority of schools in our country closed and parents grappling with how to continue their education at home, how do you think Imagine Neighborhood can play a role in extending the social-emotional education of children?

Scotty Iseri: Well, the show is certainly not designed to be a replacement for the amazing work of teachers. It’s really meant to try to fit into the lives of parents. Of course, everyone’s schedules are pretty crazy these days. My hope is that the show helps to normalize conversations around SEL for kids in the home. It’s not always an easy thing to remember, so by having a podcast that comes to you every week, that you might enjoy listening to together, could be really helpful.

We’re already hearing from a lot of parents that it’s been really useful to help them talk to their kids about Coronavirus fears.  I’m currently in a shelter-in-place state and it’s hard not to be able to answer questions like “when will school open again” or “why isn’t there anybody in the park?”.

Nick Woolf: What types of stories or subjects can listeners look forward to in future episodes?

Scotty Iseri: We have episodes where a dinosaur princess demands that every day is her birthday. Another one where Macho Supreme comes to my house and steals my oven. And another where Doc Apoc has to chase down an angry ogre. In each of these, we are tackling a new SEL skill (such as patience, asking for permission, and dealing with angry feelings). We’re also creating some new episodes that are specifically designed to tackle topics that parents might be facing right now. We’ve got a small, but very mighty team on the show who are making it so that we can be responsive to these types of events.

Nick Woolf: How can individuals learn more about the podcast?

We would really like to hear from listeners, especially if there are specific topics that they would like us to cover on an episode. Your readers can reach out to me at Scotty@imagineNeighborhood.org. We would love to hear how they’re using the show, and if there’s something that they’re dealing with at home that we could do an episode about.

2 thoughts on “An Interview With The Creator of CFC’s New Podcast: The Imagine Neighborhood”

Inside SEL was created to share and spread the great work being done by leaders in education across the country.